What they didn’t tell you about investing in Gold? 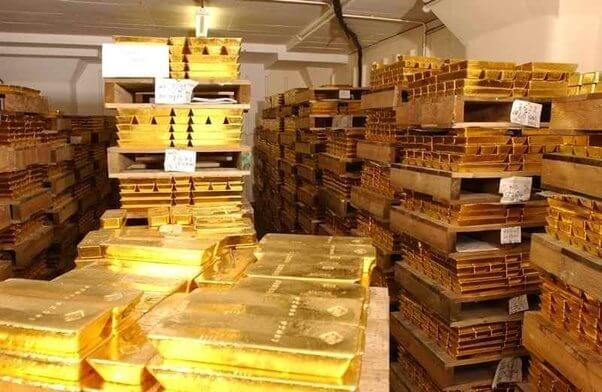 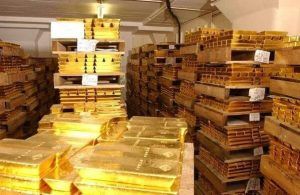 I know that some investors see gold as a key part of a portfolio. The author Harry Browne, the onetime Libertarian presidential candidate, recommended a permanent 25 percent allocation to gold. In 2012, the Federal Reserve reported that Richard Fisher, president of the Federal Reserve Bank of Dallas, had more than $1 million of gold in his personal portfolio.

So, before answering question, I dived into the small academic literature on gold as a portfolio investment.

Here is what I learned:

There isn’t a lot of it

The World Gold Council estimates that all the gold ever mined amounts to 174,100 metric tons. If this supply were divided equally among the world’s population, it would work out to less than one ounce a person.

Warren Buffett has a good way to illustrate how little gold there is. He has calculated that if all the gold in the world were made into a cube, its edge would be only 69 feet long. So the cube would fit comfortably within a baseball infield.

Despite its small size, that cube would have substantial value. In a recent paper released by the National Bureau of Economic Research, Claude B. Erb and Campbell R. Harvey estimated that the value of gold makes up about 9 percent of the world’s market capitalization of stocks, bonds and gold. Much of the world’s gold, however, is out of the hands of private investors. About half of it is in the form of jewelry, and an additional 20 percent is held by central banks. This means that if you were to hold the available market portfolio, your asset allocation to gold would be about 2 percent.

Over the long run, gold’s price has outpaced overall prices as measured by the Consumer Price Index — but not by much. In another recent N.B.E.R. paper, the economists Robert J. Barro and Sanjay P. Misra reported that from 1836 to 2011, gold earned an average annual inflation-adjusted return of 1.1 percent.

Gold may offer an average return near that of Treasury bills, but its volatility is closer to that of the stock market.

That has been especially true since President Richard M. Nixon removed the last vestiges of the gold standard. Mr. Barro and Mr. Misra report that since 1975, the volatility of gold’s return, as measured by standard deviation, has been about 50 percent greater than the volatility of stocks.

Because gold is a small asset class with meager returns and high volatility, an investor may be tempted to avoid it altogether. But not so fast. One last fact may turn the tables.

It marches to a different beat

An important element of an investment portfolio is diversification, and here is where gold really shines — pun intended — because its price is largely uncorrelated with stocks and bonds. Despite gold’s volatility, adding a little to a standard portfolio can reduce its overall risk.

How far should an investor go? It’s hard to say, because optimal portfolios are so sensitive to expected returns on alternative assets, and expected returns are hard to measure precisely, even with a century or two of data. It is therefore not surprising that financial analysts reach widely varying conclusions.

It makes sense to keep 10 to 25 percent of gold in your investment portfolio and it can be adjusted according to the market fluctuations. There are several gold bullion exchange-traded funds now available, investing in gold is easy and can be done at low cost.

Amit is an Independent Financial Advisor, based in Dubai since 1997. He is part of the prestigious ‘Million Dollar Round Table’ (MDRT), which is an elite club of the best financial advisors worldwide. He has authored the ‘6-Step Financial Success Guide’, and the book ‘Creating, Preserving, Distributing Wealth’. He helps business owners and professionals ‘Create A Second Income’ through investments.

Previous Post Why Indian Economy is slowing down? Next Post 10 reasons why the Indian rupee is falling everyday

Investors Trust Assurance S&P500 Wins Best Savings Plan Award 2019
Euro Medium Term Notes, (EMTNs) A Smarter Way To Invest For 3-5 Years
Why Investing In Bonds Is Not As Safe As You Think It is
Markets are falling – Should you exit your investment portfolio now?
Why Investing To Achieve Financial Goals Is Better Than Investing For Returns
Do-It-Yourself Investing Vs Using A Financial Advisor
How To Be Wealthy Slowly But Surely
Rich or Wealthy, Which is Better?
Save or Invest? Which is right for you?
How To Invest Money Safely In the UAE
The 3 Musketeers Of Investment
Warren Buffett Bet A Million Dollars On This Investment