How Cancer Devastated My Family’s Finances

This is the 20th year running in Dubai for me and when I look back at all the significant events in my life, my father's bout with cancer is the thing I remember the most. In this post, I would like to share with you my father's story and hope you learn from the things we went through as a family.

My father was my role model. He was in Dubai since 1994 and had a comfortable government job that did not involve travelling. He was a very hard worker, and had no vices. He didn't smoke, rarely drank alcohol (only once a month), and didn't do anything that was overly damaging for his health.

We relied on his ability to continue working, for our goals and dreams. Heart disease has historically affected the male members in our family since 3 generations.

They gave him 20 years to live, things seemed back to normal. Everyone was happy in the family, that he survived this ordeal and then it happened.

It was June 2006, that we found out (during a routine check-up) that he had stage 4 lymphoma. Lymphoma is a cancer of the lymph nodes. Ironically all the time he and us were worried about his heart issues, we never realized that he had cancer and that he had less than a year to live. The symptoms were non-existent, till one day he bit his tongue while eating food and the wound would not heal. When we did complete diagnostic tests, the cancer was detected.

The Financial Impact of Cancer

He had less than a year to live. Chemotherapy cost him AED 13,800 per session in a government hospital in Dubai. He need a session every month to survive. Money was initially paid by his medical insurance provider, but his employer was worried about their work getting done. Within 2 months of the cancer being detected he was asked to leave by his boss, so that he could be replaced and work could continue.

Without a job and visa, he had to leave for India. There the treatment costs were half as compared to Dubai, but still very significant. The medical insurance was no more as he lost his job. No insurance company in India would insure him, with this history of heart attacks and cancer.

His bank account was reduced to nothing. We (3 sons in Dubai) started sending him money for treatment. Imagine what must have been going through his mind, when he had to ask us for money.

On June 20th 2007, he passed away after suffering a lot. What happened after this was even more significant. My younger brother was engaged to be married and starting out in life. After our father died, I (being the eldest in the family) had to help him get married and settle down.

Dad had a mortgage on the family home in Goa through HDFC bank. We had to pay off the mortgage at the risk of losing the house. Our mother was a widow, and needed a retirement fund for her to manage her lifestyle. We had to help her create a regular income through investments.

As you can see, the financial impact on our family due to a critical illness (like cancer), was huge. It took us many years to recover from this, and get our finances in order, and I do not wish this on anybody.

What I did to secure my family’s finances

My father’s bout with Cancer and the financial after-effects of this devastating critical illness were the main reason I joined the financial industry.

Today I have almost USD 500,000 of critical illness cover which will be paid out to me in case I suffer from any of the 36 critical illnesses, I am covered for, including cancer. This money is usually paid out in 7-10 days by Zurich International Life, and I can do whatever I need to do with the payout.

If you are concerned about your family and their ability to survive financially, in case you get a critical illness, please click the ‘Ask Amit' button on this page and ask your questions.

Gary Brodie Didn’t Think He Would Need It

How Cancer Devastated My Family’s Finances 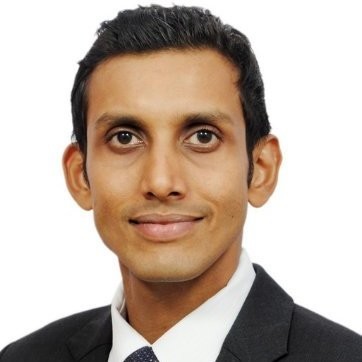